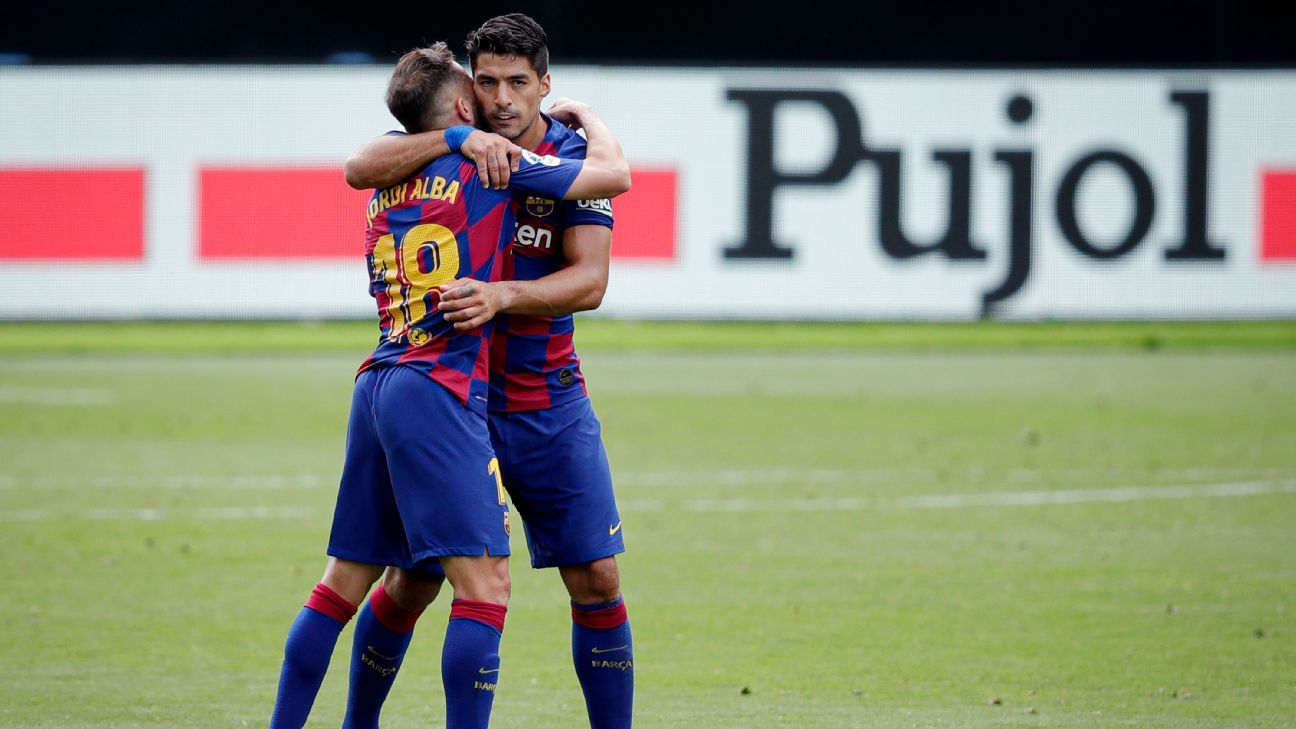 Suarez, 34, went on to score 21 goals in La Liga, including the winning goal in each of the last two games of the season, as Atletico beat Barca and Real Madrid to top spot.

“It was a joke,” Barca defender Alba told Cadena Ser. “He is someone who gave a lot to Barcelona and they practically gave him away for nothing, above all to a direct rival in Atletico.

“And look, they went on to win the league with him. I didn’t like it. Aside from the friendship we have, where are you going to find a striker like him? It is difficult to find one. Yes, there are some very good players, but what Luis gave us…”

Suarez, who could eventually cost Atletico €11 million in add-ons, said he was “underestimated” by Barcelona after winning the league in May.

“He won the league and shut a lot of mouths,” Alba added. “His last year wasn’t easy at Barca and he has had the chance to shut some people up.

“I can tell you that the atmosphere [at Barca] with Luis was spectacular. He is a guy that works hard, that was great for the group and the numbers speak for themselves: [he is] the third highest goal scorer in Barca’s history.”

Antoine Griezmann, who played alongside Suarez for a year at Camp Nou, was tasked with replacing the striker at Barca this past season.

However, the France forward, despite scoring 20 goals in all competitions, didn’t quite live up to the billing of his €120m price tag and he has admitted he has found it hard at times at Barcelona.

“I’ve earned respect in France,” he told L’Equipe ahead of the start of Euro 2020 this week. “Those that know about football realise I do well everywhere I go.

“For the national team, everything goes through me, I feel freer than with Barca, like at Atletico, whether it’s to ask for the ball or to shoot inside the area.

“At Barcelona, it has been complicated at times, although the criticism has sometimes been exaggerated. In 2021, though, I think things have gone better.

“At the start of the season, when I wasn’t playing, I didn’t feel important. I’m used to playing in the big games and then I find myself on the bench against Madrid. It is annoying to see your teammates warming up when you are not playing, but you have to accept it and try and change the coach’s decision.”