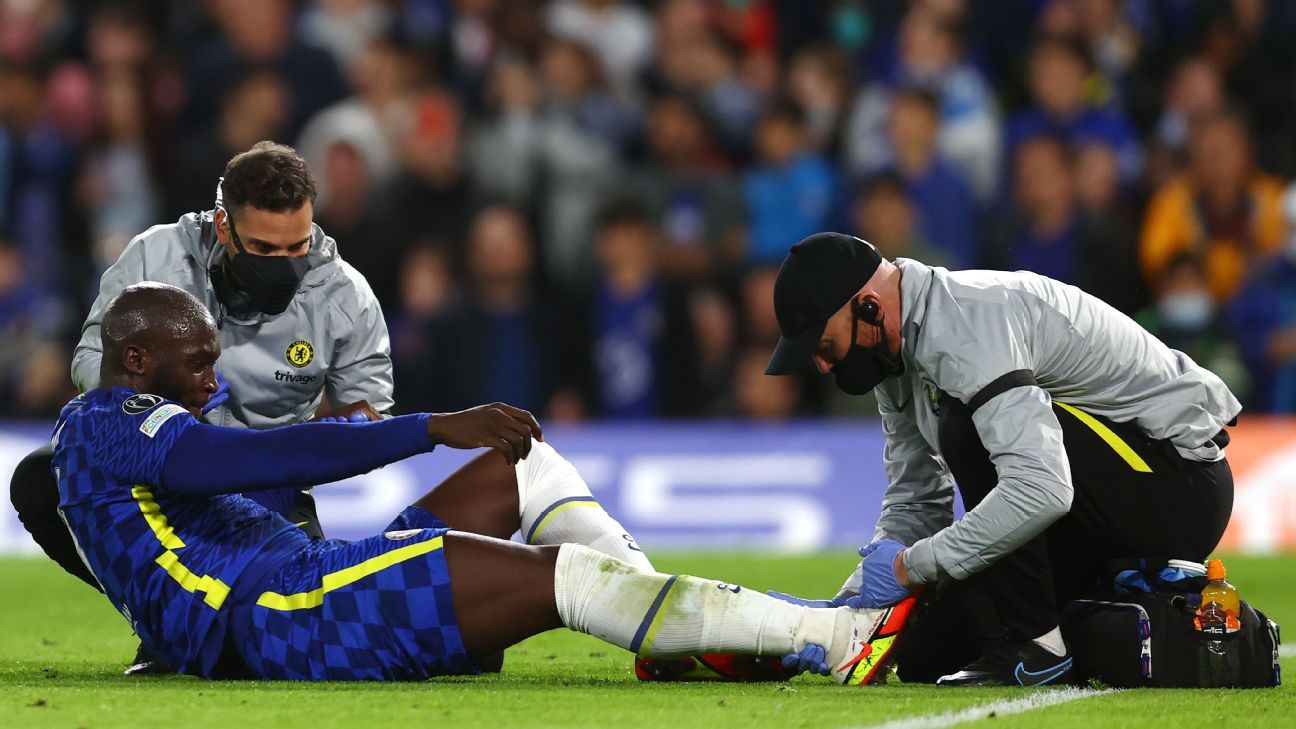 Chelsea boss Thomas Tuchel has urged his squad players to “prove a point” by solving the club’s striker crisis after Romelu Lukaku and Timo Werner were injured in Wednesday’s comfortable 4-0 Champions League win over Malmo.

A routine victory courtesy of Andreas Christensen‘s first goal for the club and two Jorginho penalties either side of substitute Kai Havertz‘s sublime third was marred as Lukaku limped off with an ankle injury after 23 minutes.

Lukaku sustained the damage in a poor tackle by Lasse Nielsen which earned the Blues their first spot-kick before Werner followed his strike-partner a minute before half-time with a hamstring problem.

Both players will be assessed at the club’s Cobham training base on Thursday, but Tuchel admitted the pair will be sidelined for “some games,” leaving Chelsea without a senior recognised striker for Saturday’s Premier League home match against Norwich at the very least.

“Maybe I know not much more than you do,” Tuchel told reporters after the game at Stamford Bridge.

“Romelu twisted hie ankle in the foul in the box and Timo has a hamstring injury. It will take a while for both of them. We need more examinations to be precise but they will be out for some matches.”

Germany midfielder Havertz played as a central striker in the second half — combining well with Werner’s replacement Callum Hudson-Odoi for only his second Chelsea goal since scoring in last season’s Champions League Final and Tuchel said: “It is always a chance [for others] and always necessary to prove a point. We will have some games without Romelu and Timo now.

“Everybody is invited to join the race for minutes on the pitch and when they are on the pitch, they need to show the hunger and determination to be decisive, to be in the box and this is how it is.

“They [Havertz and Hudson-Odoi] did today and there is still room to improve. We need the same hunger and determination from whomever starts. We want to find solutions without Romelu and Timo.”

Tuchel defended his decision to start Lukaku despite claiming on Tuesday that the striker’s six-game goal drought was in part due to feeling “mentally tired” from his recent exertions with Belgium.

“If I knew it before, I would not have done it,” said Tuchel of Lukaku’s injury. “But how can you know it before? It was necessary he was on the pitch. He started very strong. I spoke with him about the situation, that I think he carries a bit of a mental fatigue around with him.

“I think it is also normal but he is our number nine, he is our reference up front and the best thing against mental fatigue is a goal. We knew we can be the dominant team and we build around a fast attack with Mason [Mount] and Timo around him as the reference up front in the middle.

“I had a strong believe that in a Champions League match he could turn things around in terms of scoring and being decisive, what he actually did because he was super strong in our start. He took the foul so maybe without him it is not 2-0.

“I don’t regret it because it is not a muscle injury and the physical fatigue, it is more he is a little bit overplayed. It is my opinion. Maybe I am not even right. It was the moment to give him confident and let him play. Things like this can happen and it is bad luck.”