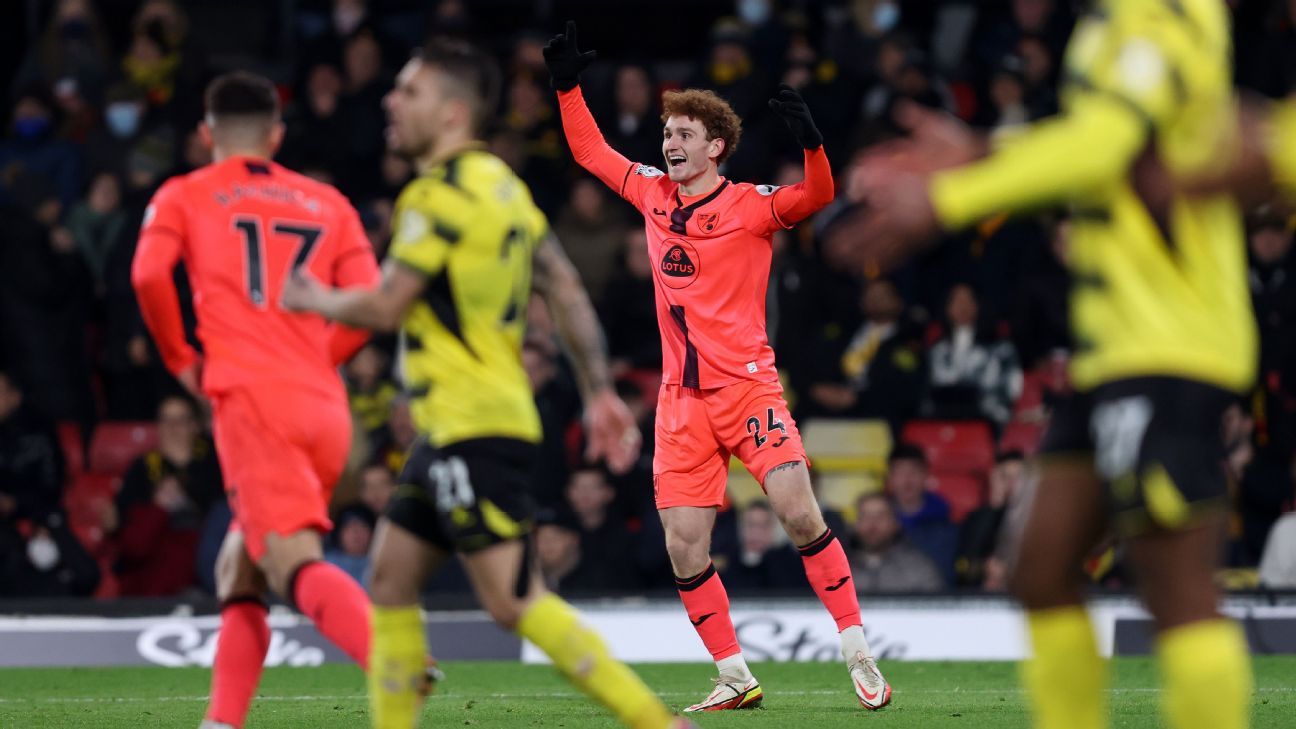 Joshua Sargent‘s first goals in Premier League play helped Norwich City earn a crucial 3-0 victory at Watford on Friday, a win that moved Dean Smith’s side out of the relegation zone for the first time this season.

Following a poor first half for both sides, Sargent’s stunning flicked finish six minutes after the break gave the visitors the lead as he opened his Premier League account in style.

The score came minutes after the release of the United States roster announcement for upcoming World Cup qualifying matches, of which Sargent was not included.

Following a bizarre break in play as several floodlights went out, Sargent’s night to remember continued as he drilled in from distance to double his side’s advantage in the 74th minute.

The hosts’ miserable evening was complete when Juraj Kucka‘s stoppage-time own goal handed the visitors a 3-0 win.